Close Menu
Coronavirus (COVID-19) Update: Our firm is open and serving the needs of existing and new clients. Click here for more information.

Theft is a common crime. Anything can be stolen, from candy bars to automobiles. Many people have stolen once in their lives, while many people steal valuable items often and then resell them for a profit. This was what happened in Maryland. The owner of a store in Waldorf was recently arrested for running… Read More »

People typically do not look kindly upon theft. They don’t appreciate it when others take their possessions without their consent. This is especially true with vehicles. Cars and trucks often cost tens of thousands of dollars, so having a possession of this nature stolen is no laughing matter. Two Maryland residents are facing multiple… Read More »

Theft is a common crime. It can be easy to take someone else’s money or personal belongings and claim them as your own. While many people take small items, some people go big and steal hundreds of thousands of dollars worth of stuff. They may even take enough stuff to fill large cargo containers…. Read More »

Many people view shoplifting as a form of petty theft that should not lead to serious penalties, but when the value of the stolen items exceeds a certain value, the charges can be elevated. Stealing thousands of dollars in merchandise is a lot different than stealing a candy bar. Four women from Baltimore have… Read More »

What is Shopkeeper’s Privilege?

Business owners have a lot on their plate. They have to manage the various elements of their store to keep it profitable. They also deal with hundreds, maybe even thousands of customers on a daily basis. When handling customer transactions, store owners, managers and employees are bound by the law. This can cause them… Read More »

What is Shoplifting? Definition and Penalties

People often do not think much of taking a candy bar or a tube of lipstick from a store without paying for it, but the cost of these items adds up. This is a crime called shoplifting, and it’s a huge problem for business owners. Shoplifting costs the retail industry $45 billion a year…. Read More » 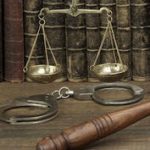 Every state defines crimes in different ways. One particular area of criminal law that can get very confusing is that of theft and burglary. Many people use terms like theft, robbery, and burglary interchangeably when discussing this group of crimes. But in Maryland, these terms have very different meanings, and they carry very different… Read More » 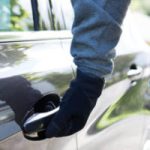 Two friends are hanging out. One does not have a driver’s license but decides to borrow the other’s car without asking. Sadly, the unlicensed friend gets pulled over and charged with driving without a license. Under Section 16-305 of the Maryland Transportation Code, the friend who let him borrow the vehicle can actually be… Read More »

Does Maryland need to reconsider its approach to shoplifting?

Every day, people across Maryland find themselves in the unenviable position of facing shoplifting charges. While many might discount the punishment of shoplifting as nothing more than just a slap on the wrist, this is actually far from the reality. Indeed, an assistant public defender in the Maryland Office of the Public Defender recently… Read More »