5 Questions to Ask Your DUI Lawyer Before Signing a Contract

These days it seems there are a lot of lawyers out there advertising services. It can be difficult to know how to choose the right lawyer for you. To help, here are five simple questions to ask a potential DUI lawyer before you ever sign a retainer agreement. #1 – How Long Have You… Read More »

If you are like most people, you have probably heard plenty of rumors and stories about friends or family members who have gotten DUIs. Perhaps you’ve even heard rumors about how people “got out of” a DUI or “beat their charges” through some clever trick. In truth, most of these rumors are probably not… Read More »

If you’ve been arrested and charged with a DUI in Maryland, you need experienced legal representation immediately. Do not rely on the prosecutor or the police to protect your interests. There are many myths and urban legends going around, but ultimately the only way to avoid a conviction is to fight your charges and… Read More »

DUI on a Boat in Maryland

Everyone knows it’s illegal to drive a car drunk, but many people seem to forget about this rule when operating a boat. Some states do not have expressed laws making impaired boating illegal. However, Maryland does. The operator of a watercraft in Maryland can be charged with DUI just the same as when driving… Read More »

Maryland DUI With Kids in the Car

Getting charged with a DUI is bad enough, but if you are caught driving under the influence of drugs or alcohol in Maryland, and you have children in the car at the time of your arrest, you could be facing seriously enhanced penalties. If you are arrested for DUI with children in your car,… Read More » 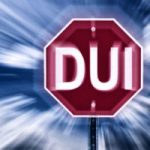 There are many different factors that can affect how quickly a person’s blood alcohol content rises after drinking alcohol. In Maryland, and in all other states in the U.S., it is illegal for drivers to operate a vehicle with a blood alcohol content level at or above 0.08, states the Governors Highway Safety Association…. Read More »

Breath test devices may not always give accurate BAC results, which could result in an erroneous DUI conviction. Although having a few drinks when going out to dinner is not illegal in Maryland, driving while intoxicated is against the law. People who are suspected of drinking and driving may be pulled over by a… Read More »

Maryland may soon have some of the toughest DUI laws

A bill that would expand Maryland’s ignition interlock program to all DUI offenders has passed the House of Delegates. The Maryland House of Delegates recently passed House Bill 1342 in a unanimous vote, paving the way for the state to soon see a major increase in penalties for people convicted of impaired driving, according… Read More »

Field sobriety checkpoints were deemed legal by the Supreme Court in 1990. Maryland officials are planning on using these checkpoints during the holidays. Tis the season to be merry — for many, this can mean enjoying holiday parties with loved ones, friends and colleagues. Unfortunately, it can also mean spending time at a sobriety… Read More »