Close Menu
Coronavirus (COVID-19) Update: Our firm is open and serving the needs of existing and new clients. Click here for more information.

What You Should Know About Maryland’s 2016 Justice Reform

There is a lot of misinformation on the Internet. This goes for justice reform as well. In 2016, Maryland passed sweeping reforms in criminal justice known as the Justice Reinvestment Act, and sadly this has left a lot of people with misconceptions. A lot of dangerous myths are floating around too. At the Law… Read More » 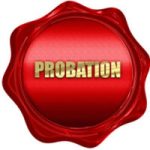 What is a Technical Violation of Probation in Maryland?

Maryland law is in a constant state of flux, with laws always being written, changed, amended, or repealed. One big change came last year on October 1, 2017. A new rule was passed allowing for the sentencing of offenders who violate probation on technical grounds. These are commonly known as technical violations. If you’ve… Read More »

Out on bail pending appeal, Lohan pleads not guilty to theft

Lindsay Lohan is no stranger to the legal limelight. Her most recent trouble involves a jewelry boutique rather than drugs or alcohol. Allegedly, Lohan walked off with a $2,500 piece of the boutique’s jewelry. The former teen queen was charged with felony grand theft, a charge that the star unsurprisingly denies. The court has… Read More »