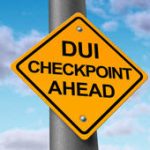 When you are pulled over for any driving offense in Maryland, the police officer will also be looking for evidence of other crimes or possible threats or risks to the community. The requires police to maintain a healthy balance between vigilance and allowing people to have privacy and be left alone. Thus, police will… Read More »

According to media reports, Olympic gold medalist Michael Phelps was detained on charges of drunk driving on Sept. 30 in Maryland. Sources say that he later released a statement that same day to apologize for his actions and that he understood the severity of the offense. The incident occurred around 1:40 a.m. The Maryland… Read More »

A man has recently been arrested resulting from a car accident on Route 213, just north of Route 301 in Centreville. Maryland police suspected that the man was driving under the influence, which was a factor in the single car crash. The man is now facing DUI charges stemming from the incident. According to… Read More »

It’s not uncommon for Maryland police to pull over drivers they believe to be intoxicated. Police will find any reason to pull over drivers and conduct an investigation to look for signs of alcohol consumption. Whether it is slight swerving, failing to stop completely at a stop sign or a broken tail light, that… Read More »